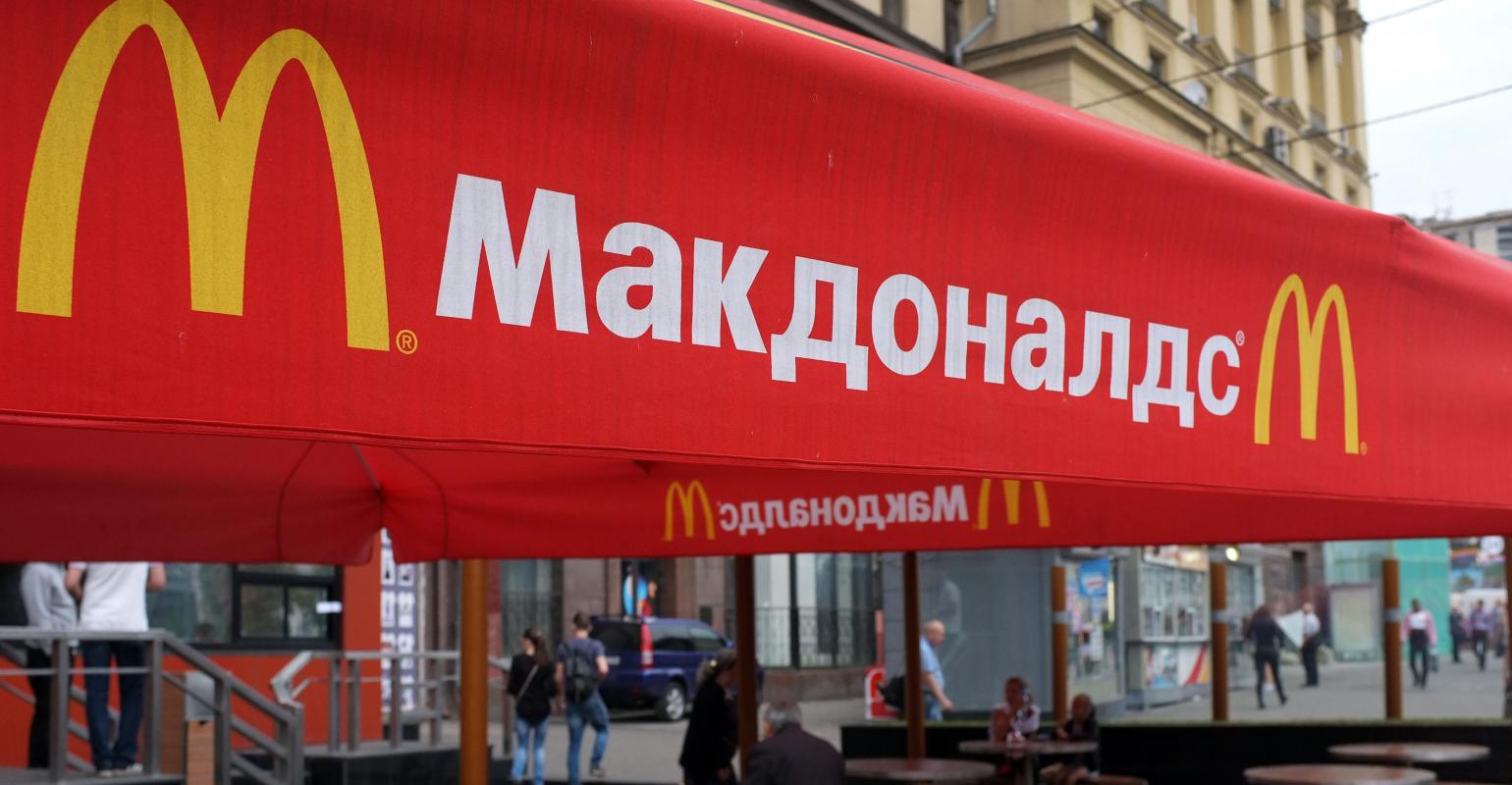 Even as 300+ Western corporations commit to halting business with Russia as the war with Ukraine continues, for many larger companies, cutting ties with Russia is proving to be more complicated than it first appeared.  While both McDonald’s and Burger King joined the growing group of companies planning to temporarily shut down or slow operations in Russia, both chains have faced issues with rogue franchisees refusing to shut down, including one Burger King franchisee that owns and operates all 800 of the company’s Russian locations.

RBI currently has three joint venture agreements in Russia that are controlled by Alexander Kolobov, while RBI only has a 15% stake in his restaurants.

In an open letter to employees, Restaurant Brands International president David Shear explained that the company would need Russian authorities to intervene in order to shut down the 800+ franchised Burger Kings that remained open in the controversial country.

“When master franchise agreements and joint ventures are formed, there are extensive commitments to long-term investments and accountabilities to grow the business together,” Shear explained. “There are no legal clauses that allow us to unilaterally change the contract or allow any one of the partners to simply walk away or overturn the entire agreement. […] Would we like to suspend all Burger King operations immediately in Russia? Yes. Are we able to enforce a suspension of operations today? No. But we want to be transparent with our actions and explain the steps we have taken to stand with the international business community in response to Russia’s attack on Ukraine and its people.”

Though Shear said the company is in the process of disposing their ownership stake in the business and is asking for Russian intervention to shut down these rogue majority franchise-owned stores, it is not likely that will happen anytime soon.

On Thursday, Russian prosecutors warned that Russia would consider “bringing in outside management and then transferring these companies to those who want to work.” This process would be the first step toward what is known as “nationalization,” which would ultimately seize outside companies’ assets and transfer the trademarks and operations of companies like McDonald’s to the Russian government so that these companies would be state-owned. Analysts think that Russia’s concern here would be more economic (mass unemployment as Western companies all pull out of Russia).

“When it comes to social pressures or potential public backlash, what they understand, I guess, is that people will not take to the streets because they cannot buy a Big Mac,” Chris Weafer of Macro-Advisory, a consultancy specializing in Russia, told USA Today. “But they might take to the streets if they have no job and no income.”

Burger King is not the only restaurant struggling to figure out how to pull out of Russia. McDonald’s announced on March 8 that the company would be temporarily closing all 847 Russian locations, but more than a week later, video footage has surfaced showing that at least a few of these supposedly shuttered McDonald’s stores remain open.

State-run Russian news outlet RIA Novosti said that mostly franchised locations in transportation hubs remain open and able to serve to guests, though it’s no guess as to how long they will remain operational as supply chains are cut off.

With Western corporations pulling out of Russia, it’s no surprise that knockoff brands have popped up, like the McDonald’s knockoff “Uncle Vanya,” which unveiled a nearly identical logo to the American quick-service chain, with its iconic golden arches turned to the side. Trademark attorney Josh Gerben said this is known as “trademark squatting.”

Still other companies have declined yo cease operations in Russia, with most citing defiant franchisees (with little legal sway in that department), Burger King, including Subway and Papa John’s. A Papa John’s franchisee in Russia — an American named Christopher Wynne, president and CEO of PJ Western, who took over the chain’s Russian operations in 2008 — operates or sub-franchises 188 restaurants in Russia.

He recently told The New York Times why he has chosen to go against the fray and keep his restaurants open:

“The best thing I can do as an individual is show compassion for the people, my employees, franchisees and customers without judging them because of the politicians in power,” Wynne told the newspaper.

“The vast majority of Russian people are very clearheaded and understand the dark gravity of the situation they’re in. And at the end of the day, they appreciate a good pizza.”

Business professors at Yale University published a list of Western companies to keep track of which have ceased operations permanently or temporarily in Russia, and which companies remain operational in the country. Foodservice brands that have scaled back operations but not pulled out completely include Dunkin’, Focus Brands-owned Cinnabon (which has suspended new investments and development but still remains in operation), and KFC/Pizza Hut/Taco Bell parent Yum Brands, which also suspended new investments in Russia. The only foodservice brand on the fourth list of companies that are “digging in” and completely defying exit pressures is Subway.

As with most of these companies, Focus Brands is deeply concerned about the situation in Russia but since their Russian stores are franchised, there’s not much the company can do to cease operations:

“All locations in Russia are independently owned and operated franchises,” Focus Brands said in a statement released to Nation’s Restaurant News. “We have put on hold all investments and expansion plans in the country, and neither our brands nor Focus Brands will profit from franchises operating in Russia at this time. Instead, Focus Brands will be donating funds generated from the franchised locations in Russia to CARE, an Atlanta-based nonprofit, and its partners who are providing humanitarian aid. We will continue to monitor the ongoing conflict in Russia and Ukraine closely.”

Subway released a similar statement explaining that as the company’s Russian stores are owned by a master franchisee, the situation is out of their hands:

“In addition to working with our franchisees across Europe to provide meals to refugees, we will redirect any profits from operations in Russia to humanitarian efforts supporting Ukrainians who have been affected by the war,” Subway said in a media statement. 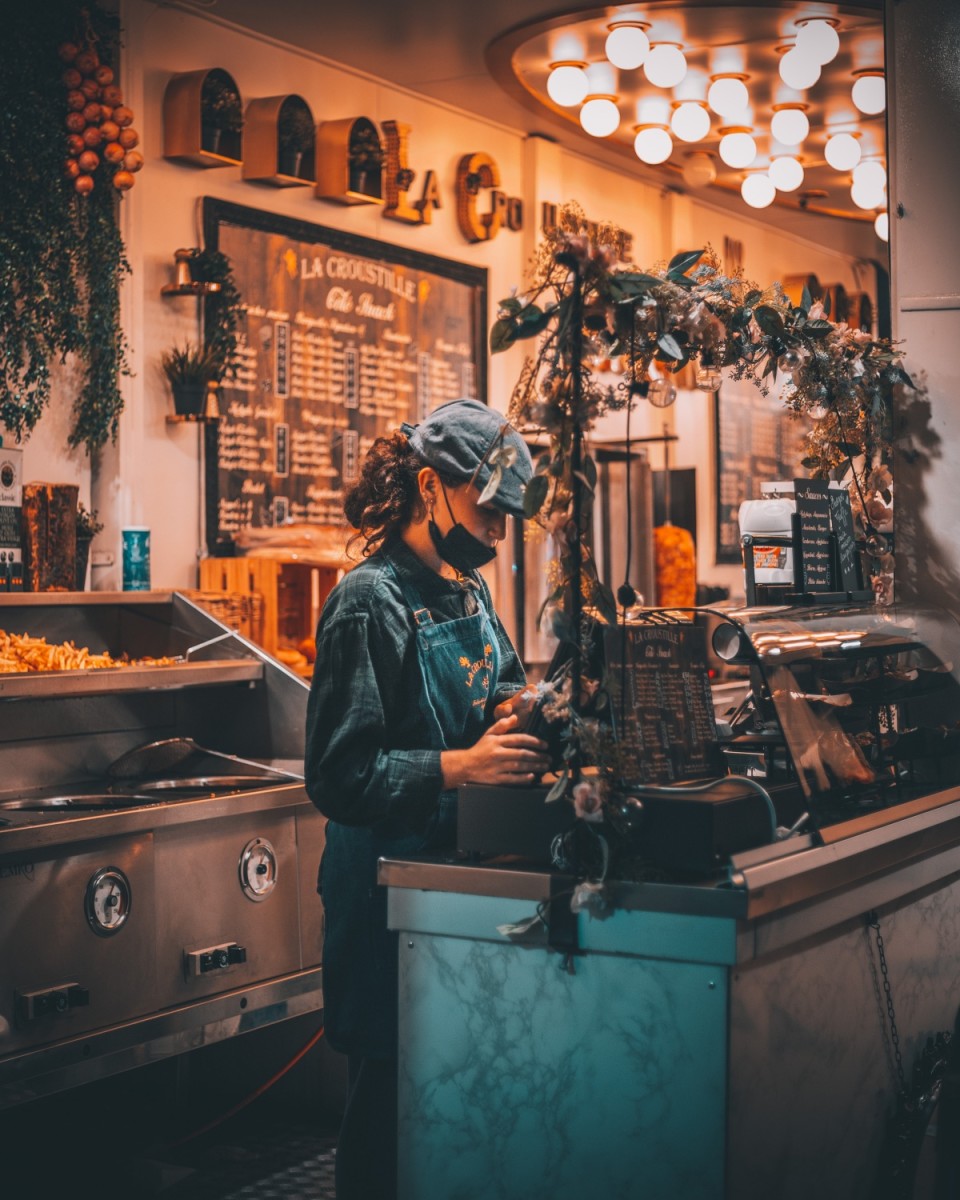 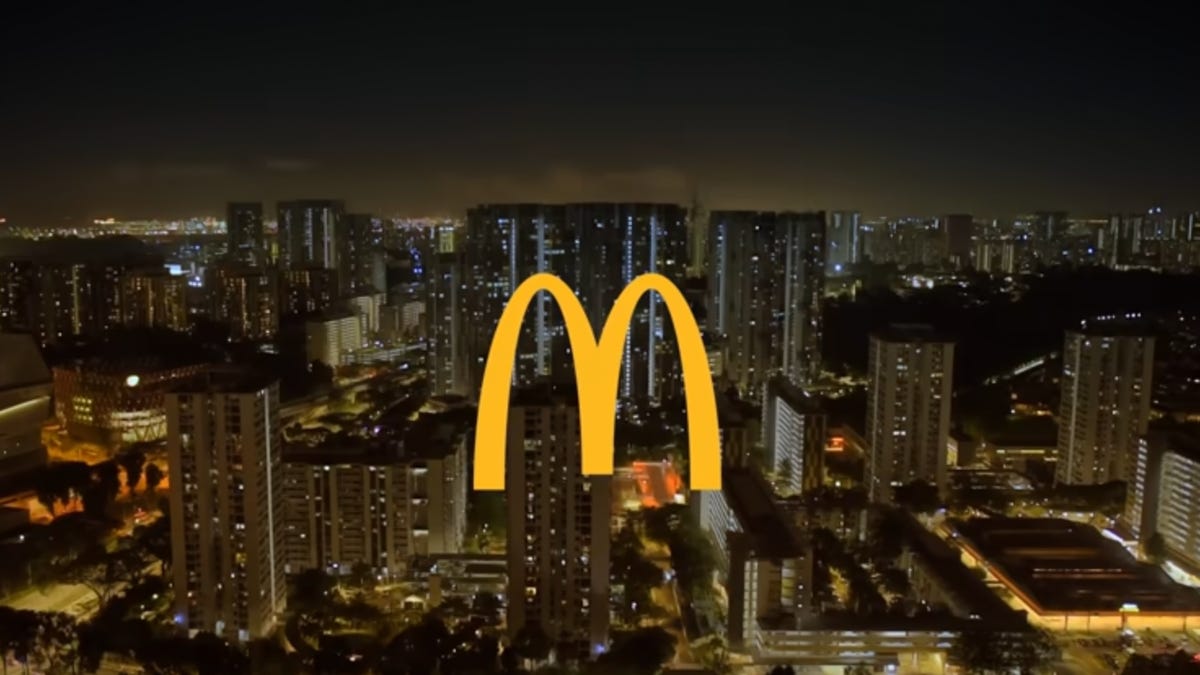 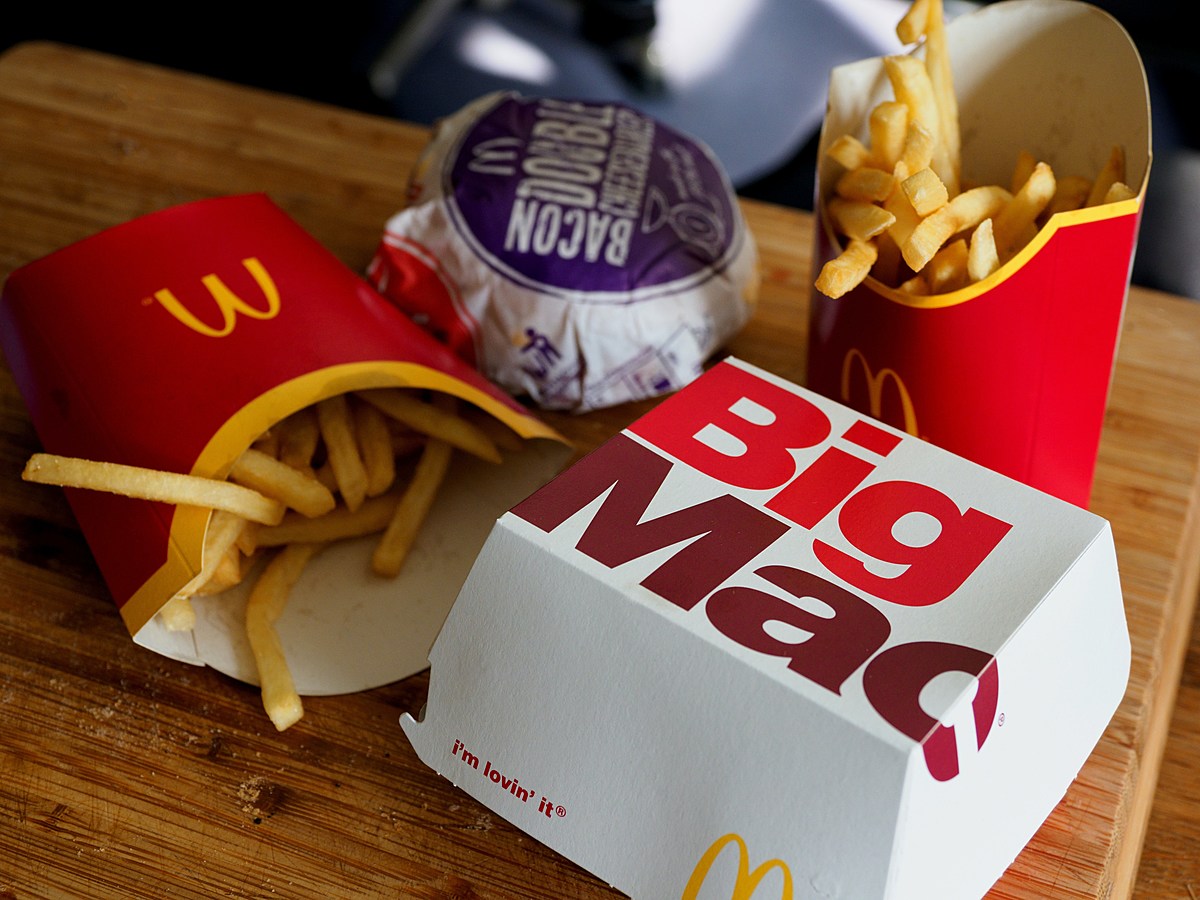 We all can enjoy some good deals these days and anytime we can enjoy some savings and tasty treats, well that’s a win. As we make our way closer to “back to school”, one well-known eatery is giving fans a chance to enjoy specials all this week.     McDonald’s will give folks in… 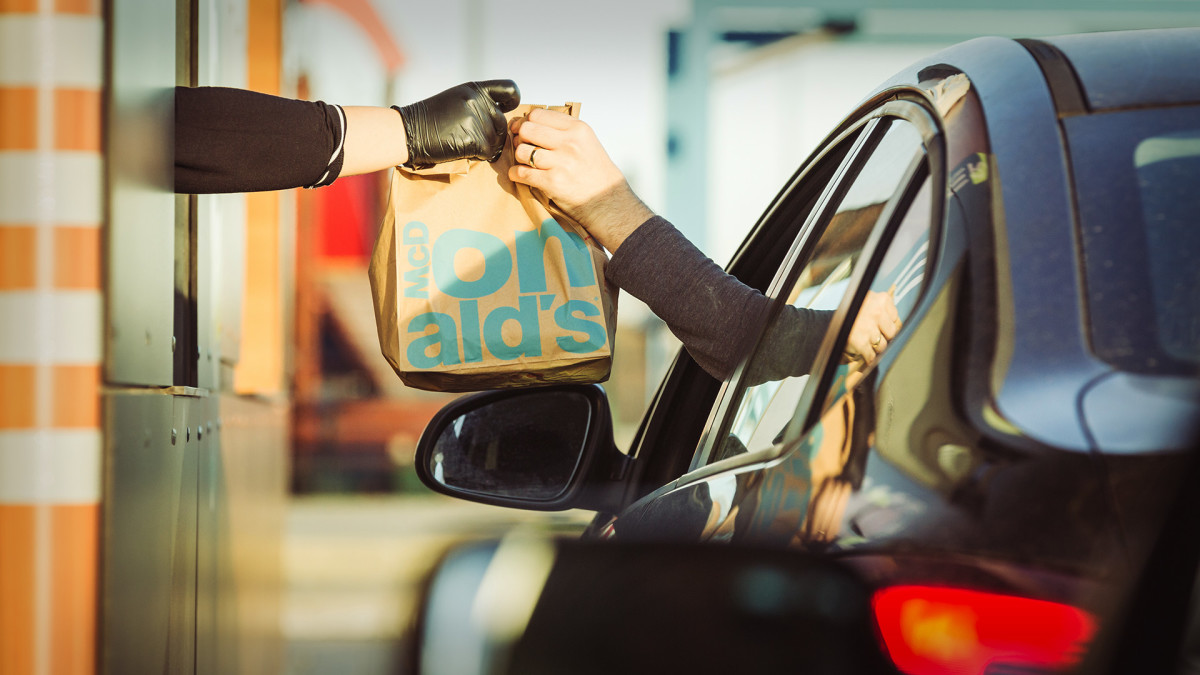 For quite some time people seem to have been adding eggs to foods not usually topped with eggs.  We’ve seen eggs with a loose yolk added to pizzas and placed on top of hamburgers. It’s a trend that works because a runny egg actually enhances a lot of foods (sorry, Guy Fieri). In a broader… 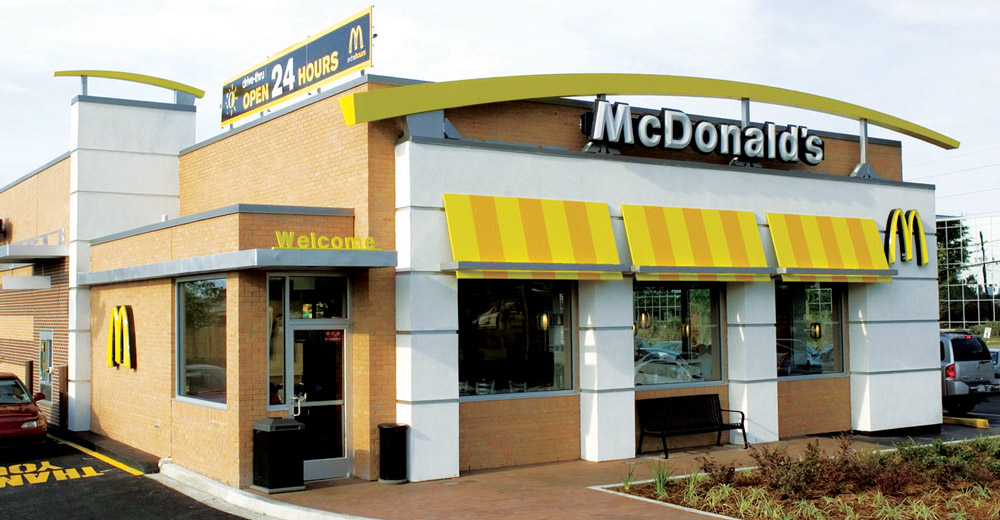 McDonald’s Corp. is supporting franchisee efforts to expand employee benefits, which may include emergency child care, elderly care, paid time off and tuition reimbursements. The Chicago-based burger brand said it has been evaluating the pay and benefits that operators provide workers. The company and its franchisees have surveyed more than 5,000 McDonald’s workers and managers…